The Ukrainian military announced the liberation of Snigurivka (Mykolaiv Oblast). Our fighters published a video from the settlement.

This is reported by RBC-Ukraine with a link to the relevant video .

“Today, November 10, 2022, the settlement of Snigurivka was liberated by the forces of the 131st separate reconnaissance battalion of the Armed Forces of Ukraine. Glory to Ukraine,” the military said.

Why is this important?

We will remind, as previously explained by experts, the liberation of Snigurivka is important for our military. After all, the exit to this bridgehead opens the movement of the ZSU in the direction of Kherson.

Note that the distance between Snigurivka and Kherson is about 50 km, and by road – 54 km.

Despite this distance, Snigurivka remains a strategically important settlement on the way to Kherson. 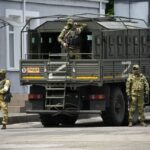 Previous Article A colleague tried to throw a Russian military man out of a truck in Melitopol. VIDEO 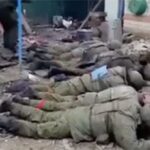 The IAEA mission finally went to the Zaporizhzhia NPP

The mission of the International Atomic Energy Agency went to the Zaporizhzhia NPP. Experts will arrive at the station in a few days, reports the […]

This is not the first time the Finnish government has not announced what is included in the new military aid packages, so for the Russian […]

“Norway handed over another 2,000 anti-tank weapons (M72) to Ukraine. The weapons were donated,” the statement said. Post Views: 3,804