Ukrainian Armed Forces inflicted a series of strikes on the Antonovsky bridge in Kherson, (video)
News

Ukrainian Armed Forces inflicted a series of strikes on the Antonovsky bridge in Kherson, (video)

Ukrainian Armed Forces inflicted a series of strikes on the Antonovsky bridge in Kherson, – media (video)

Local residents recorded on video the moment of “arrivals” at the crossing. Yesterday, the occupiers began to build crossings under the bridge.

Telegram channels publish the consequences of the “arrival” in the sky over the Kherson region.

The Ukrainian military launched a series of strikes on the Antonovsky bridge in occupied Kherson. It is reported by “Suspilne Kherson”.

On August 26, explosions were again heard in Kherson near the Antonovsky bridge. Eyewitnesses report “arrivals” on the local bridge. Several videos of strikes on the bridge have been published on the Kh*evy Kherson telegram channel .

Note that on August 25, Russian propagandists published a video of the construction of the crossing almost under the Antonovsky Bridge. They fully showed where it is and what it is made of.

The Russian telegram channel “Military Informant” wrote that the strike on the bridge once again shows that the Armed Forces of Ukraine are using the tactics of keeping the bridge inoperative. They also acknowledged that all attempts by the RF Armed Forces to defend the bridge with air defense were ineffective.

There was no official information from the Armed Forces of Ukraine about the confirmation of the strikes at the time of writing the news. 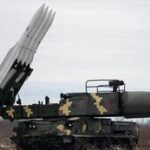 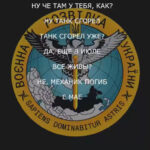 Next Article In a new interception, the Russian complains about the victims

Colonel Andrei Zakharov, commander of a Russian tank regiment, was eliminated by the AFU in the Brovary district of Kyiv region.

Colonel Andrei Zakharov, commander of a Russian tank regiment, was killed by the Armed Forces of Ukraine in the Brovary area of Kyiv region on […]

“Norway handed over another 2,000 anti-tank weapons (M72) to Ukraine. The weapons were donated,” the statement said. Post Views: 3,726

Ukrainian weapons: how the Armed Forces of Ukraine strengthened their power. TRK

The Ukrainian military-industrial complex inherited one of the best design and production schools and a base from the USSR. This allowed Ukrainian gunsmiths during 30 […]

The Armed Forces of Ukraine repulsed the attacks of the Russian army in the areas of the settlements of Torskoye, Disputed, Soledar, Bakhmut, Mayorsk, Vodiane, […]