KYIV. October 24. UNN. The Minister of Foreign Affairs of Ukraine, Dmytro Kuleba, following the results of a telephone conversation with US Secretary of State Anthony Blinken, said that Blinken assured the US of work to strengthen Ukraine’s air defense to fight against the Russian aggressor, writes UNN .

“A conversation with US Secretary of State Anthony Blinken. We agreed: dispersing the wave of disinformation about the “dirty bomb”, the Russian Federation may be looking for an excuse for a false flag operation. We discussed practical steps to strengthen air defense. The State Secretary assured that the US is making every effort to do so,” he wrote he is on Twitter .

The State Department, in turn, reported that the United States and the international community continue to provide assistance to Ukraine in the humanitarian, economic, and security spheres.

After Russian strikes on energy infrastructure facilities on October 22, the Minister of Foreign Affairs of Ukraine, Dmytro Kuleba , called on Western allies not to delay in providing Ukraine with air defense systems. 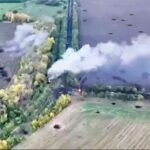 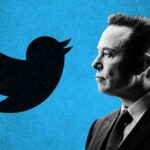 The Romanian Navy has shown the destruction of a Russian mine that hit the country’s coast.

The Romanian Navy has shown the destruction of a Russian mine that hit the country’s coast. Russia left the mines, accusing Ukraine of doing so […]

The Prime Minister of Estonia called to stop issuing tourist visas to Russians for traveling to EU countries The head of the Estonian government, Kaia […]

“Norway handed over another 2,000 anti-tank weapons (M72) to Ukraine. The weapons were donated,” the statement said. Post Views: 3,804