Novak Djokovic out of two events due to U.S. COVID-19 travel restrictions

Novak Djokovic withdrew Wednesday from the BNP Paribas Open on the eve of the event, saying he cannot travel to the United States because he is not vaccinated against COVID-19.

Djokovic, the tournament’s No. 2 seed, cited regulations by the U.S. Centers for Disease Control and Prevention as the reason for his inability to play. The U.S. has been requiring foreign visitors to be vaccinated to enter the country.

Djokovic also will miss the Miami Open, which gets underway later this month. Both tournaments are Masters 1000-level events.

“While I was automatically listed in the [BNP Paribas Open] and [the Miami Open], I knew it would be unlikely I’d be able to travel,” Djokovic said in a tweet Wednesday. “The CDC has confirmed that regulations won’t be changing so I won’t be able to play in the US.”

In an additional message on his Instagram story, Djokovic said: “As international COVID regulations are always being amended, I wanted to wait and see if anything would change. The CDC confirmed today that regulations are not changing which means I will be not be playing in the US. I know my fans are looking forward to seeing me play again and I hope to be back playing for them on the tour soon.”

The men’s main draw at the BNP Paribas Open starts Thursday in Indian Wells, California. Djokovic was placed in the draw during Tuesday’s draw reveal but the tournament admitted at that time it “had not been determined if he will participate in the event.” As a seeded player, he was scheduled to have a first-round bye and would have opened his campaign for a sixth title at the event over the weekend.

Grigor Dimitrov, the world No. 35, will now move into Djokovic’s spot in the draw, and a lucky loser from qualifying will take Dimitrov’s original slot.

“We understood from the beginning that Novak’s participation at the Miami Open was determinant on his entry into the United States, which we knew would be a long shot,” James Blake, the tournament director in Miami, said later Wednesday. “We have an incredibly deep and talented player field, and look forward to hosting a great event.”

Chris Widmaier, a spokesman for the U.S. Tennis Association, which runs the US Open, said the organization would have no comment other than to note that the event follows government guidelines. The Grand Slam tournament is scheduled to begin Aug. 29.

Djokovic has played in just one event thus far in 2022, during last month’s tournament in Dubai. After he received a medical exemption to play in the Australian Open in January, his presence in Australia sparked immediate backlash and a legal battle ensued. Ultimately his visa was revoked by the Australian government, and he was deported. He has since said he was prepared to skip playing future Grand Slam events if a vaccine was mandated.

“Yes, that is the price that I’m willing to pay,” he told the BBC in February.

Since his absence in Melbourne, he has been supplanted as the world No. 1 by Daniil Medvedev and watched as Rafael Nadal broke the record for most major titles (21) by a male player in tennis history.

With regulations varying from country to country and with restrictions easing in certain places, it remains to be seen when and where Djokovic might next play. The European clay-court season, culminating at the French Open, in which he is the defending champion, begins in April.

Information from The Associated Press was used in this report. 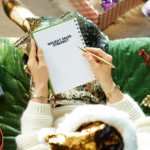 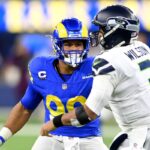 Nobody expected this news on Tuesday, or maybe ever. The Seattle Seahawks will sell veteran quarterback Russell Wilson to the Denver Broncos, according to ESPN’s […]