91% of Ukrainians support Ukraine's accession to the European Union. This is an absolute record for all years of research. - News Chief
News

91% of Ukrainians support Ukraine’s accession to the European Union. This is an absolute record for all years of research.

According to a poll conducted by the Rating Sociological Group on March 30-31, 78% of respondents believe that things in Ukraine are moving in the right direction. Only 11% disagreed, 11% could not assess. In all regions and among all age groups, the assessment of the direction as correct continues to dominate.

95% of respondents believe that Ukraine will be able to repel Russia’s attack, but confidence in a quick victory “in a few weeks” has decreased slightly from 47% to 35%. Instead, the positions of “several months” and “six months to a year” increased. 14% could not answer this question.

Support for NATO accession continues to decline. It will be recalled that in the first days of the war support for Ukraine’s accession to the Alliance increased from 62 to 76%, in the first week support decreased to 72%, and as of the end of March is 68%, ie approaching pre-war levels.

At the same time, support for EU accession is growing. It will be recalled that in the first days of the war there was an increase from 68 to 86%, then the growth continued and as of the end of March is 91% – an absolute record for all years of research.

At the same time, the majority (56%) are convinced that Ukraine will become a member of the European Union in one or two years, 23% – in five years. During the month, the number of those who believe that Ukraine will join the European Union in the very short term decreased slightly (from 61% to 56%), and the number of those who believe in joining the Union increased in five years (from 13% to 23%).

Audience: the population of Ukraine aged 18 and older in all oblasts, except for the temporarily occupied territories of Crimea and Donbas. The sample is representative by age, sex and type of settlement. Sample population: 1500 respondents. Survey method: CATI (Computer Assisted Telephone Interviews). Error of representativeness of the study with a confidence level of 0.95: not more than 2.5%. Dates: March 30-31, 2022

This is evidenced by recent polls by the sociological group “Rating“. 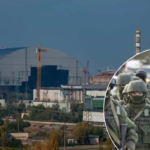 Previous Article They were irritated and scared. The Russian military is going to leave the Chernobyl nuclear power plant and Slavutych 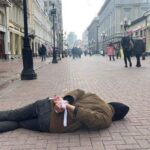 Next Article In Moscow, an activist (or activist) staged a protest over the Bucha tragedy.

The US will send Ukraine 100 Switchblade 300 and 600 kamikadze drones.

The Switchblade loitering missiles are made by American company AeroVironment were an addition to the war aid package from the US, in addition to $800 […]

A former Canadian soldier known as one of the world’s deadliest snipers arrived to Ukraine to help the nation defend itself from Russia. “I want […]