The SBU detained a resident of Buchi, who helped the occupiers, and then wanted to "disguise" his crimes (Video)
News

The SBU detained a resident of Buchi, who helped the occupiers, and then wanted to “disguise” his crimes (Video)

The traitor participated in the punitive raids of the Rashists and helped identify and physically destroy members of the resistance movement. He wanted to help Russia himself, he was given weapons, Russian-style military uniforms and “instructions” on further actions against Ukrainian defenders.

It was found that he broke into the house of his acquaintance, where he conducted an illegal search and tried to identify the fighters of the TRO. Then he decided to stay in the liberated city and “hide his crimes” by joining the ranks of charity.

The SBU promptly exposed the traitor. He was informed about the suspicion of collaborative activity. 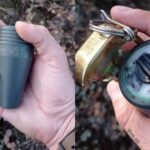 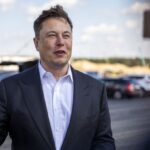 Employees of the Center for Combating Disinformation at the National Security and Defense Council of Ukraine collected a selection of fakes, manipulations and misinformation “throws” that the enemy produced during March 18, 2022:

In Russia, mass cases of involvement of minors and preschool children to justify terrorist actions in Russia have been identified. Post Views: 1,253

Volodymyr Zelensky and the people of Ukraine are nominated for the Nobel Peace Prize.

Russia has suspended the production of Buk SAM, Kub SAM and Tunguska SAM.

These are short-range and medium-range air defense systems and facilities for Russian troops. Reason: sanctions have worked. They do not allow Germany to supply the […]