Wages rose on average by almost 5 percent in September. That is the highest level since the late 1970s, according to preliminary figures from employers’ association AWVN on Thursday.

“These are very high numbers. We see across the board that employers are willing to raise wages,” says a spokesperson for AWVN. “This is partly due to the shortage on the labor market. Companies want to keep their employees. It is also intended to somewhat repair purchasing power because of the sky-high inflation. And economic growth is also helping.”

The AWVN cannot indicate whether wages will rise further in the coming months. “There is also a lot of uncertainty due to all kinds of problems in the world. But to date, the number of collective agreements concluded is larger than normal,” said the spokesperson. 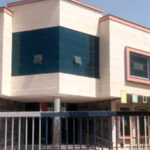 Next Article Suspect arrested for stealing tuition fees for 1,500 students and escaping

The Ukrainian military announced the liberation of Snigurivka (Mykolaiv Oblast). Our fighters published a video from the settlement. This is reported by RBC-Ukraine with a […]

For families with children affected by the war and in need of financial support, UNICEF and the Ministry of Social Policy have launched a cash assistance program.

Families who: have 3 or more children under 18 years of age, of which at least 1 child has not reached 2 years of age […]

Russian troops in occupied Energodar are commanded by a native of the Dnepropetrovsk region, Vadim Klymenko. It is reported by RBC-Ukraine with reference to the […]