The Air Force of the Armed Forces of Ukraine have brought down three UAVs that the Russian forces deployed to carry out reconnaissance in Kherson Oblast.

Quote: “Between 12:00 and 13:00 on 21 August, soldiers from the Air Force Command Pivden (South) detected and brought down three operational-tactical unmanned aerial vehicles in the sky over Kherson Oblast.” 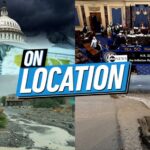 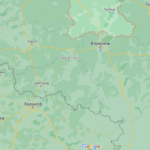 Next Article Russia closes the sky over the regions bordering Ukraine

Colonel Andrei Zakharov, commander of a Russian tank regiment, was eliminated by the AFU in the Brovary district of Kyiv region.

Colonel Andrei Zakharov, commander of a Russian tank regiment, was killed by the Armed Forces of Ukraine in the Brovary area of Kyiv region on […]

The government has launched its Homes for Ukraine site for those wanting to register to host a refugee, with 25,000 signing up in the first […]