The General Command of Ajman Police has arrested an (Arab) person in his fourth decade of life, on charges of defrauding students’ parents, after he succeeded in tempting them to enroll their children in an unlicensed school, and obtained from them sums of money in the form of tuition fees and fled.

In detail, the head of the Al-Jarf Comprehensive Police Station in Ajman, Major Muhammad Al-Shaali, said that the center had received a number of reports that people had been defrauded, by paying tuition fees to the administration of an unlicensed school, and they were surprised a week after the beginning of the school year that the school closed its doors, and its director disappeared. Responsible and all employees working therein. He added that by investigating the incident, it was found that the accused (M.K.A.) did not abide by the decision to refuse to officially open the school for not meeting the conditions. He announced the opening of registration for parents, presenting tempting offers to attract the largest possible number of students, and seized the funds himself, and signed the Receipts, close the school and run away.

Al-Shaali added that the necessary measures were taken and the search team was able to arrest the accused, and by interrogating him, he admitted that he practiced the activity without a license and collected sums of money from the parents of more than 1,500 students, and disbursed part of the amount, while Ajman Police began its procedures to follow up the collection of funds to return them to owners.

Al-Shaali called on parents of students to investigate accuracy and ensure school licenses and their validity when choosing schools for their children, stressing that Ajman Police will not tolerate anyone who violates the laws.

In turn, the Department of Economic Development in Ajman informed «Emirates Today» that the department took over the closure of the school for not obtaining the necessary legal permits to work, noting that the school is currently not under the authority of the department.

For his part, one of the fathers, who preferred not to be named, said that he had paid 15,900 dirhams to his son, who is studying in the 12th grade, as he was studying in another school and turned him after he saw an advertisement for the school since last April.

He stated that the principal promised to open the school soon, and did not fulfill his promise, pointing out that his son was harmed after he missed this school year, as he searched for other alternative schools, but he did not find any school to receive him a month after the start of the school year, in addition to the financial damage he incurred .

Another father said that the school offered many temptations, including a 25% discount for new entrants, and a 15% discount for brothers in the school, bringing the discounts to 40% for the “ministerial and American” curricula.

He explained that the school principal was keen to receive the fees in cash himself, and signed the receipts, as well as receiving checks for other payments of fees.

He stressed that his daughter was affected academically, because he was unable to transfer to another school after more than four weeks of the beginning of the school year, calling on the concerned authorities to help the students’ families to find a solution to this crisis and recover their financial and moral rights. 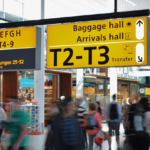 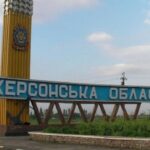 Next Article An explosion occurred in the Khlan hotel where Russians were staying in Oleshki, Kherson Oblast

The United States will be able to identify Russian units that committed atrocities in Bucha – CNN, citing an official representative of the country. “Identifying […]

The Ukrainian military destroyed a cache of anti-tank mines of the Russian army disguised in a forest strip from a drone. The video was released […]

Erdogan reacted to Russia’s demarche regarding the “grain agreement”: Turkey will continue its efforts

Source: UNN Turkish President Recep Tayyip Erdogan said that although Russia is hesitant on the issue of the “grain initiative”, Turkey will continue efforts for an […]