In early March 2022, Japanese Foreign Minister Yoshimasa Hayashi called these areas “originally Japanese” in parliament. He later said in a separate press conference that they were “illegally occupied”. After that, Moscow virtually stopped the peace talks.

Japan claims four southern islands of the Kuril ridge – Iturup, Shikotan, Kunashir and Habomai. At the end of World War II, these territories were annexed by the Soviet Union, and the Japanese were expelled from them. In 1956, Moscow and Tokyo signed a declaration of an end to hostilities, but no peace treaty was concluded.

Why is this important for Ukraine?
Russia has been occupying other countries for decades, destroying peoples and cities. Almost every neighbor of Russia has experienced information war, occupation or economic attacks. So, other countries have something to fight with the Russians. And if every country starts a struggle now, Russia will not be able to stop these processes. And by working together, the world will be able to stop the racists and save the annexed lands.

Previous Article Norway has decided to additionally transfer anti-tank weapons to Ukraine, according to the website of the Norwegian Defense Ministry 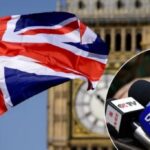 Incredible spectacle: a telescope shot the explosion of a new star in the constellation Serpent

At the Chernobyl nuclear power plant, Putin is preparing a terrorist attack to accuse Ukraine – GUR

The Russian-controlled Chernobyl nuclear power plant plans to create a man-made catastrophe, for which the occupiers will try to shift responsibility to Ukraine. That is, […]

The General Command of Ajman Police has arrested an (Arab) person in his fourth decade of life, on charges of defrauding students’ parents, after he […]